Tales From The Lost Highway 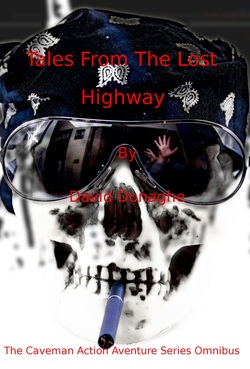 If you enjoyed the Caveman Action Adventure Series, then you’ll love Tales From the Lost Highway, The Caveman Action Adventure Series Omnibus. Follow Caveman and his bros in the Road Dogs MC from Biker Heaven, to the pits of Biker hell. In the first story, Biker Heaven, after receiving a zombie bite, Caveman hits a tree on his motorcycle at over one hundred miles an hour buying his ticket to Biker Heaven, but when there is trouble in the biker world, Caveman comes back to help his bros in the Road Dogs MC. Taking on vampires and werewolves plus evil demons from the depths of hell, Caveman and the Halo riders, a band of trouble shooters from the great beyond, have their hands full protecting the bros on Earth. Follow Caveman to The Lost Highway where he rescues Bone Crusher from a fate far worse than death. In Tales From the Lost Highway, you’ll get six additional stories that have never been published before. So fire up your motor scooters and let’s take a ride on The Lost Highway.

Order now at Amazon.com
Tales From The Lost Highway

The Battle for Europa 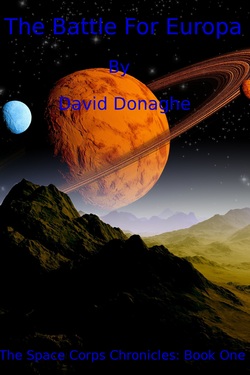 The Battle for Europa is a tale of revolution in the twenty third Century. Earth and colonies in the solar system are ruled by The Council of Economic Unions on Earth. The council rules with an iron fist. When Shawn Gallagher, an ice miner on Europa launches a miner's strike, it is a ruse for rebellion. The ice on the surface of Europa will turn red with blood in The Battle for Europa.

When Shawn Gallagher, second shift lead man at mining site A on Europa launches his bid for independence, little does he know that it will pit him against his little brother David. A Fleet Marine in the Federal Defense Forces. When Cyrus Bonelli, President of the Council of Economic Unions on Earth, hears of the rebellion on Europa he sends the federal main battle fleet to stop the rebellion. With rebels on Mars wrecking havoc,and the new deep space fleet heading out of the solar system to explore the galaxy, this rebellion on Europa couldn't have come at a worse time, but Cyrus has little choice. The federal fleet needs the Helium-3 and the colonies on Earth's moon as well as the colonies on Mars need the water ice that they mine on Europa, so Cyrus launches an attack, later known as The Battle for Europa.


Order now at Amazon.com
The Battle For Europa 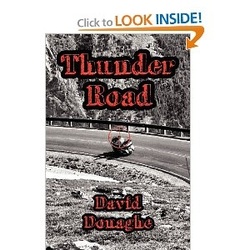 When Mike McDonald, a Persian Gulf War vet, wakes up from a coma and can't remember his own name, a burning white caldron of anger boils inside him. Mike's friends relay the facts to him, informing Mike that while he and his wife, Sharon, were on a vacation, riding their Honda Goldwing, an outlaw motorcycle club known as The Lost Souls ambushed them. The Lost Souls abuse and kill Sharon and leave Mike for dead. Mike recovers from his injuries, regains his memories, and goes to war against The Lost Souls. Using, guns, knives and homemade explosives, Mike attacks not just the LA chapter of The Lost Souls Motorcycle Club, but he also takes on their chapters in Las Vegas, Utah, and Idaho. In Green River, Wyoming, Mike hooks up with a friendly motorcycle club known as The Green River Boys and they help him with his war against The Lost Souls. The final battle takes place at a secluded cabin at the end of a lonely mountain road, known as Thunder Road.
Order now at Amazon.com
Thunder Road